Solidarity with the protestors in Iran 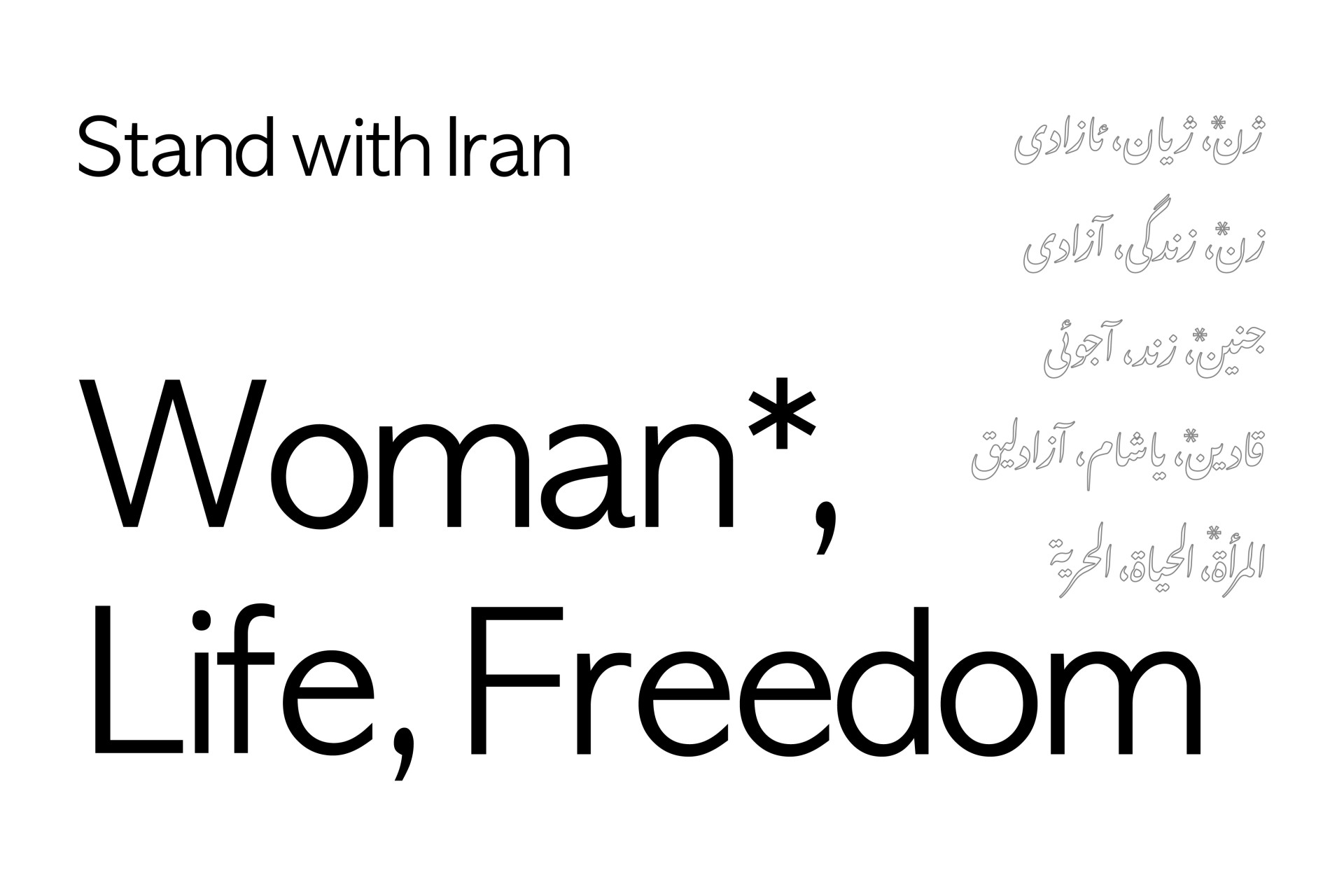 Statements of the Student Council and Rectorate

"What is happening right now in Iran is the result of a long revolutionary process for the rights of women and other marginalized genders and a milestone in the struggle for human rights in Iran, in Germany and internationally . This is a feminist revolution and one of the most important political movements of our time, triggered by the murder of a Kurdish woman Jina (Mahsa) Amini by the "morality police".

Universities and schools in Iran, among others parts of society, have become centers of resistance against the cruel Iranian leadership: Students at universities began striking in early October. Since then, protests have spread to almost all Iranian universities, leading to countless arrests, torture, killings, and executions of protesters by the regime, as well as the closure of universities.

The Student Council of HGB declares its solidarity with the feminist revolution in Iran. We especially declare solidarity with Kurdish, Balouch, Afghanistani, Lour,Azerbaijani Turk,Arabic and Gilak people and all other marginalised peoples. We condemn the ongoing violence and unforgivable crimes against humanity committed by the Iranian regime.

Student Council of the Academy of Fine Arts Leipzig (HGB)

"With great sorrow and deep dislike we observe how the ruling regime in Iran reacts to the current protests, which were initiated by women and are supported by a diverse demographic.

The brutal action of police and paramilitary units against the protestors marks a drastic disregard of human rights.

We support the protestors’ demand to end the suppression of women.

We would like to express our solidarity with the protestors in Iran as well as with our Iranian students, whom we aim to support at our best abilities."

Rectorate of the Academy of Fine Arts Leipzig (HGB)