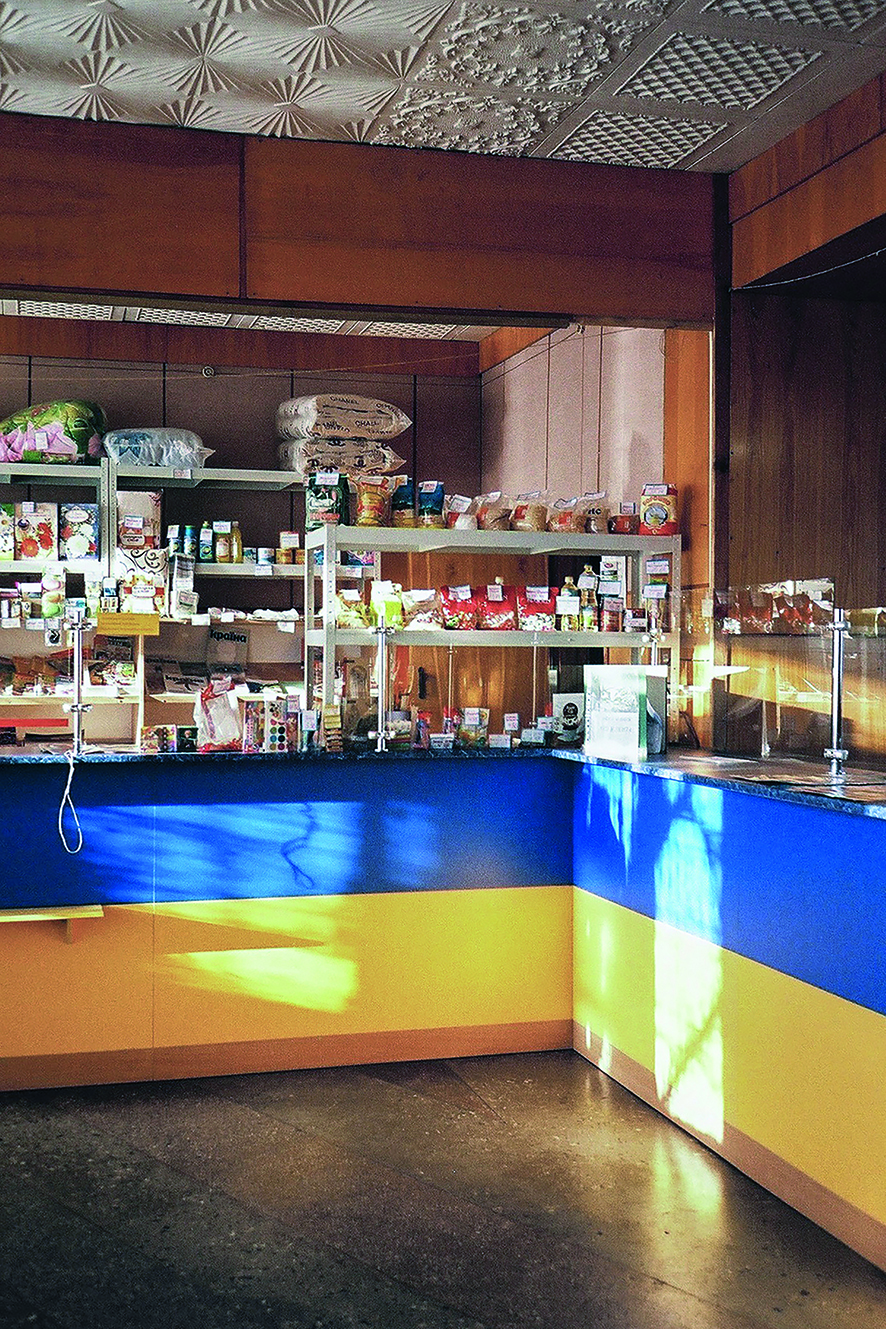 Photography student Anna Perepechai has been awarded the DAAD Prize for Foreign Students 2022. The €1,000 prize honors foreign students for outstanding achievements and intercultural commitment. The award ceremony took place during the farewell ceremony of the diploma students on July 15, 2022 at the Academy of Fine Arts Leipzig.

Anna Perepechai (*1989) is a Ukrainian artist and former journalist living in Leipzig. The former journalist moved to Germany shortly after the start of the Russian war against Ukraine in 2014 and has since been working on the issues of Russian imperial and colonial policies in Eastern Europe. She studied at Bauhaus University Weimar, Concordia University in Montreal, and in 2020 began her studies at HGB Leipzig in Tina Bara's class for photography and moving image.

Her work focuses on socio-political issues and transformations, particularly in societies that existed during the Soviet Union regime, as well as in public and private spaces. Interested in analog processes in which photography comes to the fore as an object itself, she also works with experimental, cameralessly produced images.

Since the beginning of the Russian full-scale war against Ukraine, Anna has been working in Leipzig in Ukrainian socio-political and also artistic fields. She runs a site for Ukrainians inside in Leipzig and accompanies demonstrations photographically, is involved in initiatives and supports refugee students at the HGB Leipzig. She is also a co-founder of the Ukrainian-German Óstov collective with Elza Gubanova, Leon Seidel and Alina Radomska, which deals with the Russian war against Ukraine from an art activist perspective.

The DAAD Award honors foreign students for outstanding achievements and intercultural commitment. It can be awarded to universities and colleges at which more than 30 foreign students are enrolled. The selection of the award winner is the responsibility of the respective university. The prize has been awarded at HGB Leipzig since 2010.