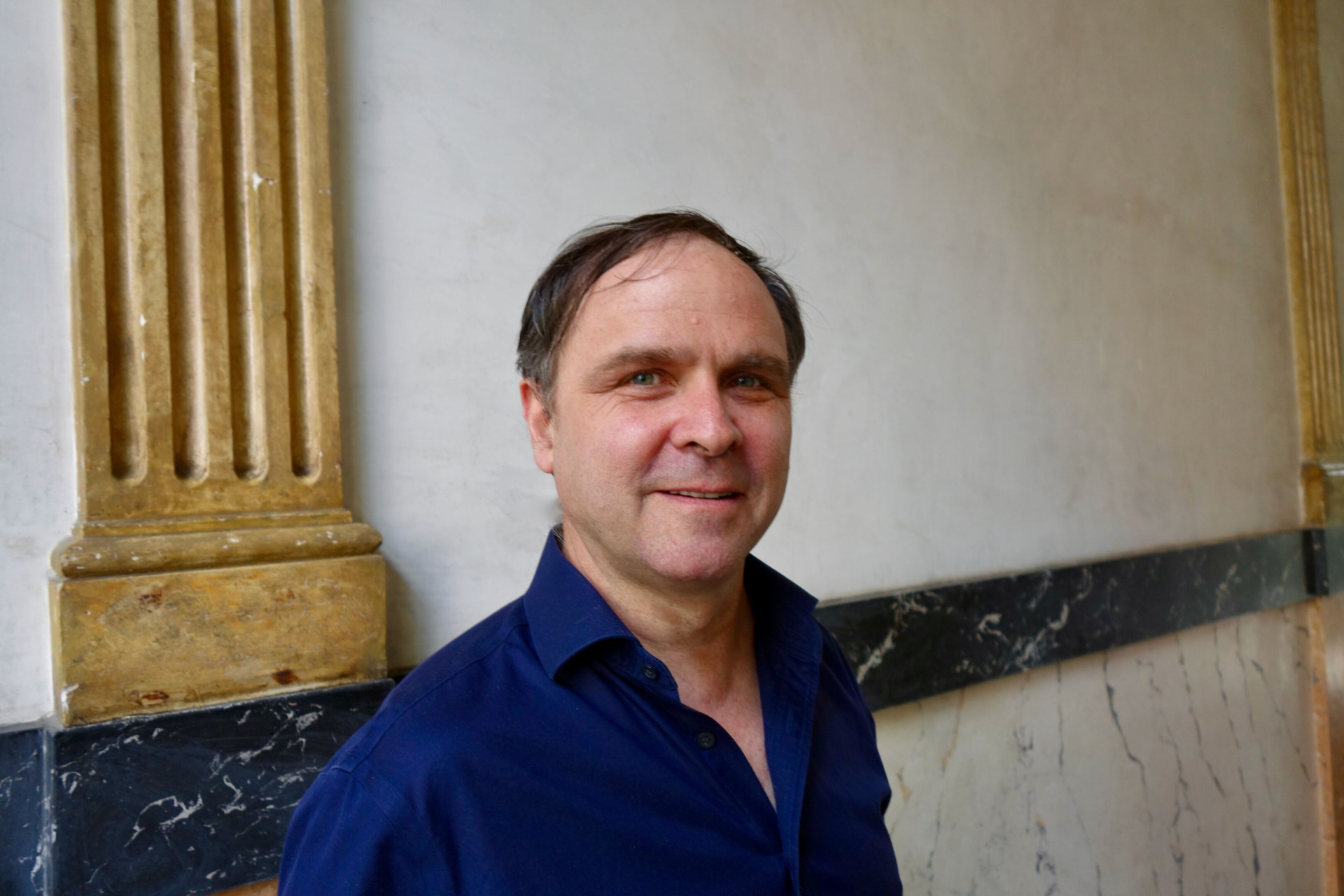 The HGB congratulates Prof. Oliver Kossack on his election as the new Rector of the Dresden University of Fine Arts!

Oliver Kossack becomes Rector of the Dresden University of Fine Arts. The Leipzig artist and professor for artistic teaching in the artistic print workshops of the HGB was elected as the new rector by the Extended Senate of the Dresden Academy of Fine Arts on July 14, 2022. Oliver Kossack is expected to take up his new post on October 1, 2022. He succeeds Matthias Flügge, who held the rector's office at the HfBK Dresden for ten years.

Oliver Kossack was born in Tel Aviv in 1967 and grew up in Tel Aviv, Israel, Canberra, Australia and Jakarta, Indonesia. After graduating from school in Jakarta in 1986, he first studied in France at the Université de Caen, followed by a Master's degree in German and Romance Studies at the University of St. Andrews in Great Britain. Oliver Kossack has lived in Leipzig since 1991. He studied fine arts at the HGB and graduated with a master's degree under Prof. Arno Rink in 1998.

With the move to Dresden, Oliver Kossack is leaving the HGB Leipzig for the winter semester 2022/23 after many years of diverse activity: From 1999 to 2005, he was artistic assistant to the class of Prof. Arno Rink at the HGB. After a guest professorship at the Hochschule der Bildenden Künste Saar in 2005, Oliver Kossack returned to the HGB in 2006 with teaching assignments, and in 2010 was appointed professor for artistic teaching in the artistic workshops in the subject area of painting/graphics. In the academic self-administration of the university he was active in various functions and offices and from 2011 to 2017 he was a member of the university management as Vice Rector for Teaching and Artistic Practice.  Outside the university, he participates in numerous juries and is a member of the Saxon Cultural Senate.

HGB Rector Thomas Locher thanks Prof. Oliver Kossack for his commitment and his work at our university and congratulates him on his new office and his new tasks at the HfBK Dresden. We are very pleased that one of our colleagues is now "changing sides" and hope for continued good and productive cooperation in the Saxon university landscape.