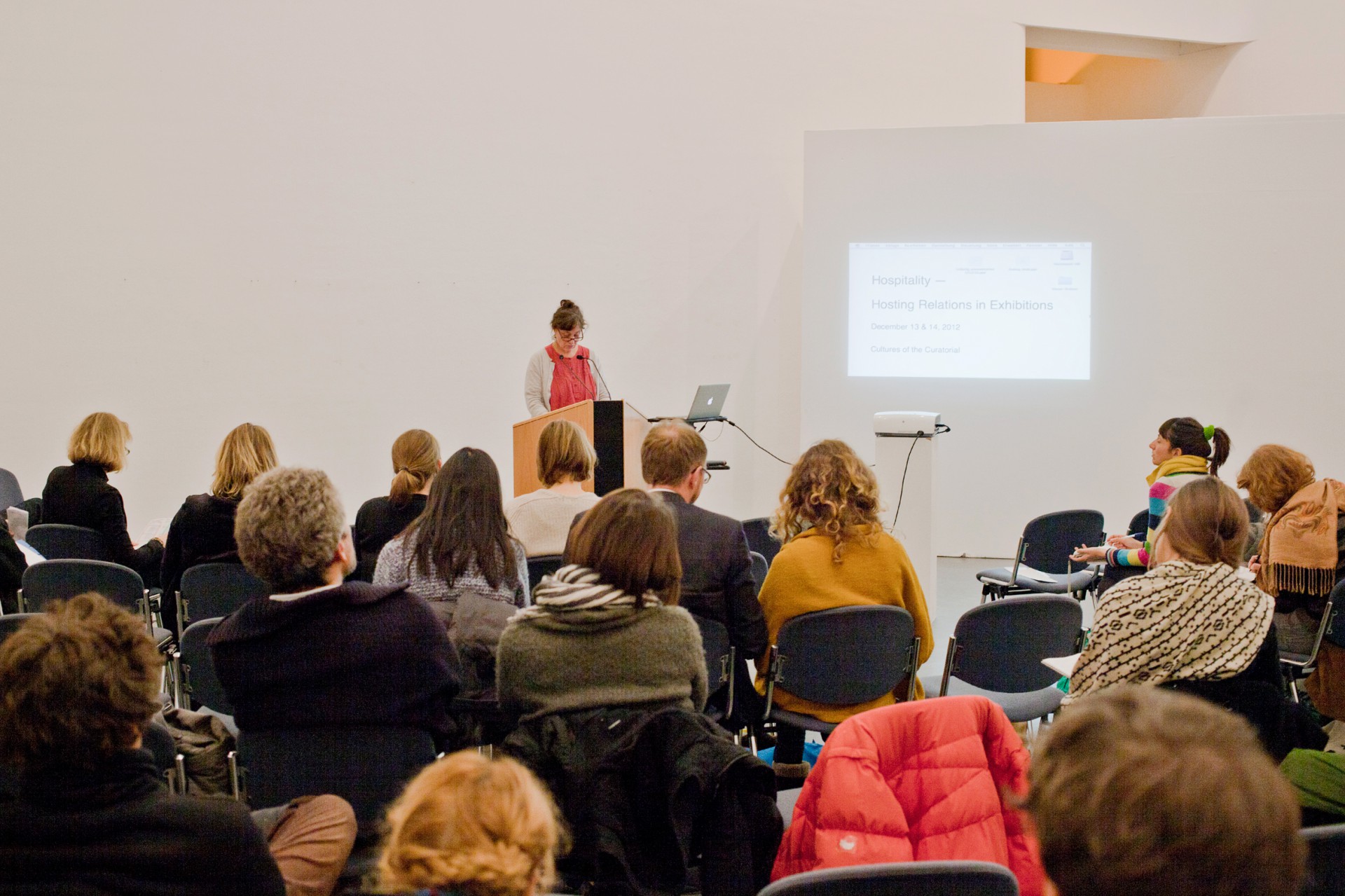 Alice Creischer, What Kind of Support Do Curators Require from the Institutions who Hire them?, Hospitality, Galerie HGB 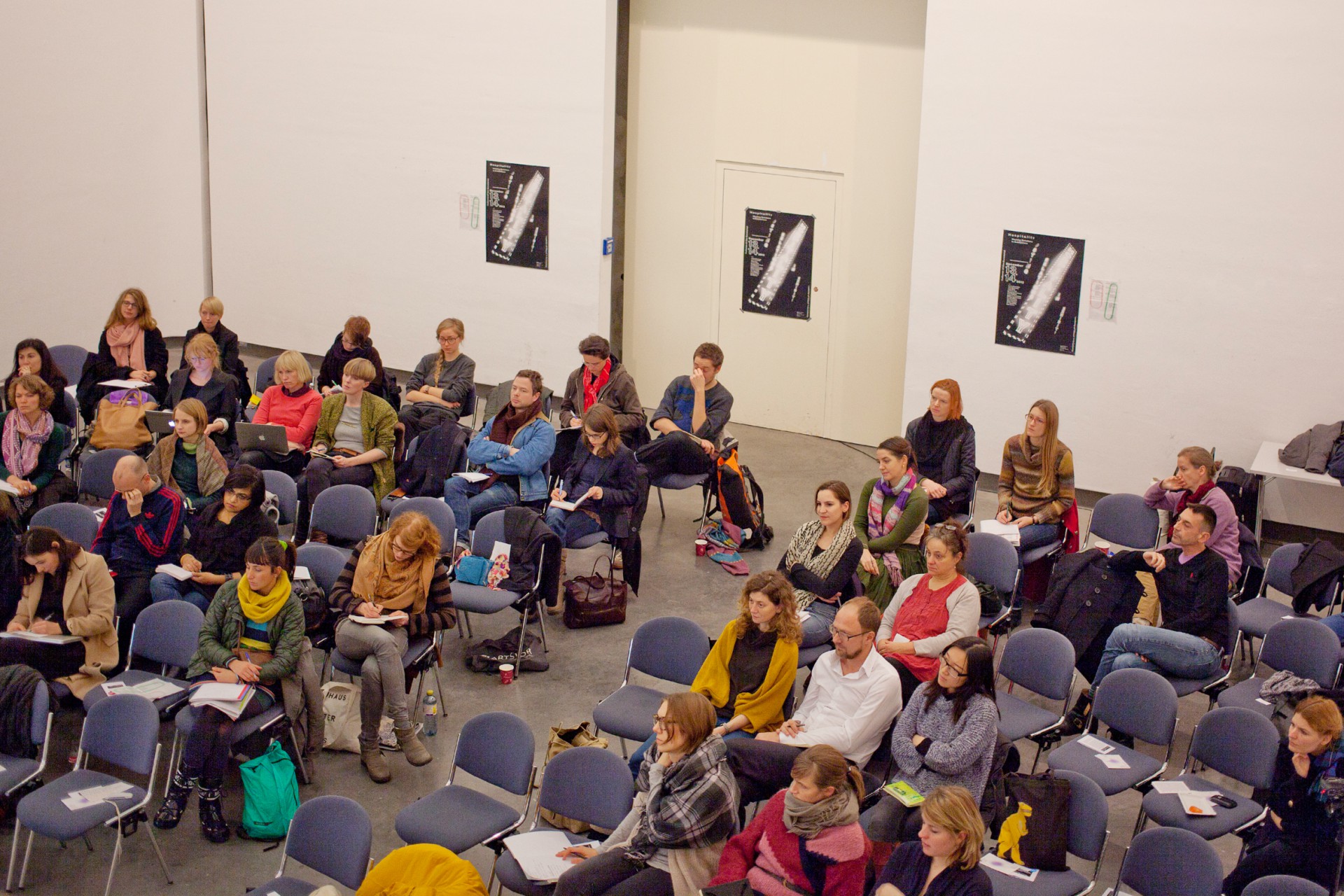 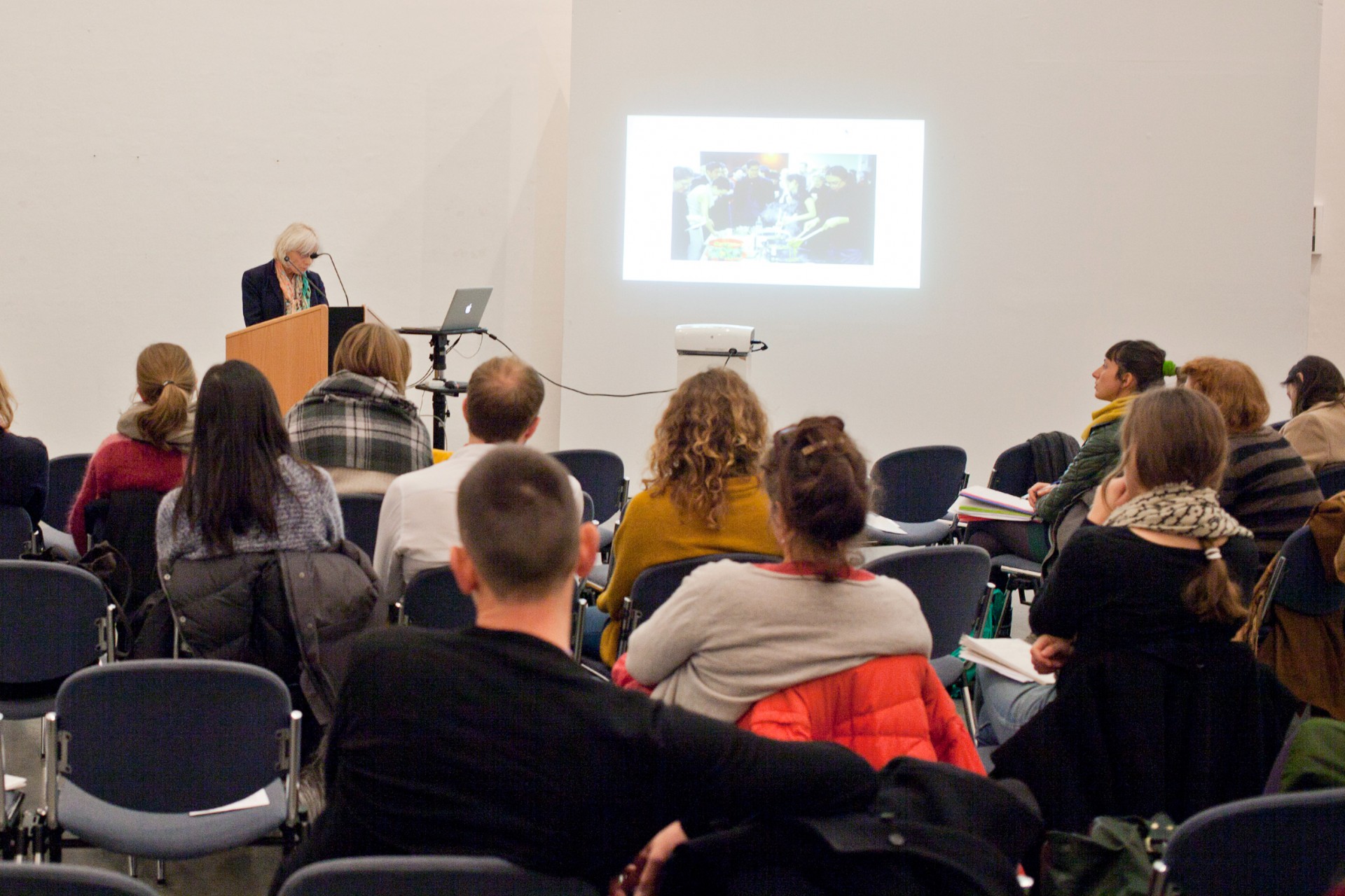 Every curated encounter creates a situation of hospitality. Whoever claims curatorial responsibility can appear in the role of host, while the invited – artists, audiences but also exhibits – can take on that of guest. Implying asymmetries and dependencies these roles continuously change in relation to one another. The economy of hospitality is based on various kinds of resources and currencies – space, time and money as well as attention, power and recognition. Encompassing acts of inviting, offering and welcoming, of showing presence and paying attention, of accepting and reciprocating, but also of refusal, exclusion and control the exhibition generates relations of giving, taking and responding. As a specific aesthetic, social, political and economic constellation it can thus also be treated as a paradigmatic situation within the cultural field exemplifying the generous, but often also ambivalent and problematic interdependencies between hosts and guests under the conditions of globalization.

Curatorial hospitality has recently taken on a particular relevance within the cultural and social field. On the one hand the pressure on exhibiting institutions to develop strategies of attracting new, diversified audiences and raising attendance figures has directed the attention to the reciprocal gains of welcoming gestures. The interrelations between institutional boards, local governments and museum staff turn visitor numbers into an important criteria to measure an institution´s success – not only with respect to its reputation in the context of cultural peer groups but also in relation to regional social, urbanistic and touristic politics. Audience figures have begun to play a significant part for the ranking, financing and ultimately survival of exhibition initiatives and spaces. To present itself as a generous, hospitable and welcoming institution has taken on strategic functions.

On the other hand the increased mobility and migration of people, objects and information under the conditions of globalization have effects on the structure of the audiences and communities addressed by cultural institutions as much as on the attribution of role within hospitable circumstances. To whom, for what purpose and with which consequences a curatorial invitation is extended have turned into central issues. Furthermore it has become necessary to redefine the positions from which and the circumstances under which hospitality can be offered and accepted in the first instance. In this context all acteurs in curatorial constellations are equally affected: With the temporal and spatial mobility within the art world – its travelling exhibits, shows, institutions and individuals (artists, curators, different kinds of participants and recipients alike) – all of them may potentially appear as foreigners, strangers and guests in situations of hospitality.

The conference “Hospitality – Hosting Relations in Exhibitions” focuses on the complexity and ambivalence of this hospitable condition of exhibiting. So far hospitality in the cultural field has mainly been discussed in relation to artistic practices involving meals. Its particular relevance to the curatorial, however, - the field related to the public appearance of art and culture claimed not only by curators but also by artists and representatives of a variety of different professions - still remains to be explored. Curatorial hospitality thus involves artistic as much as mediating or theoretical practices opening transdisciplinary perspectives onto service orientation, institutional critique, collectivity or performativity in the arts as much as on identity politics, economization or hegemonic structures in and through exhibiting formats and institutions. The conference therefore aims to involve contributors from different disciplinary and professional backgrounds in order to address in case studies as well as theoretical discussions issues of asymmetry and reciprocity, of responsibility, generosity, of exclusion, control, and wastefulness in situations of curatorial hospitality. 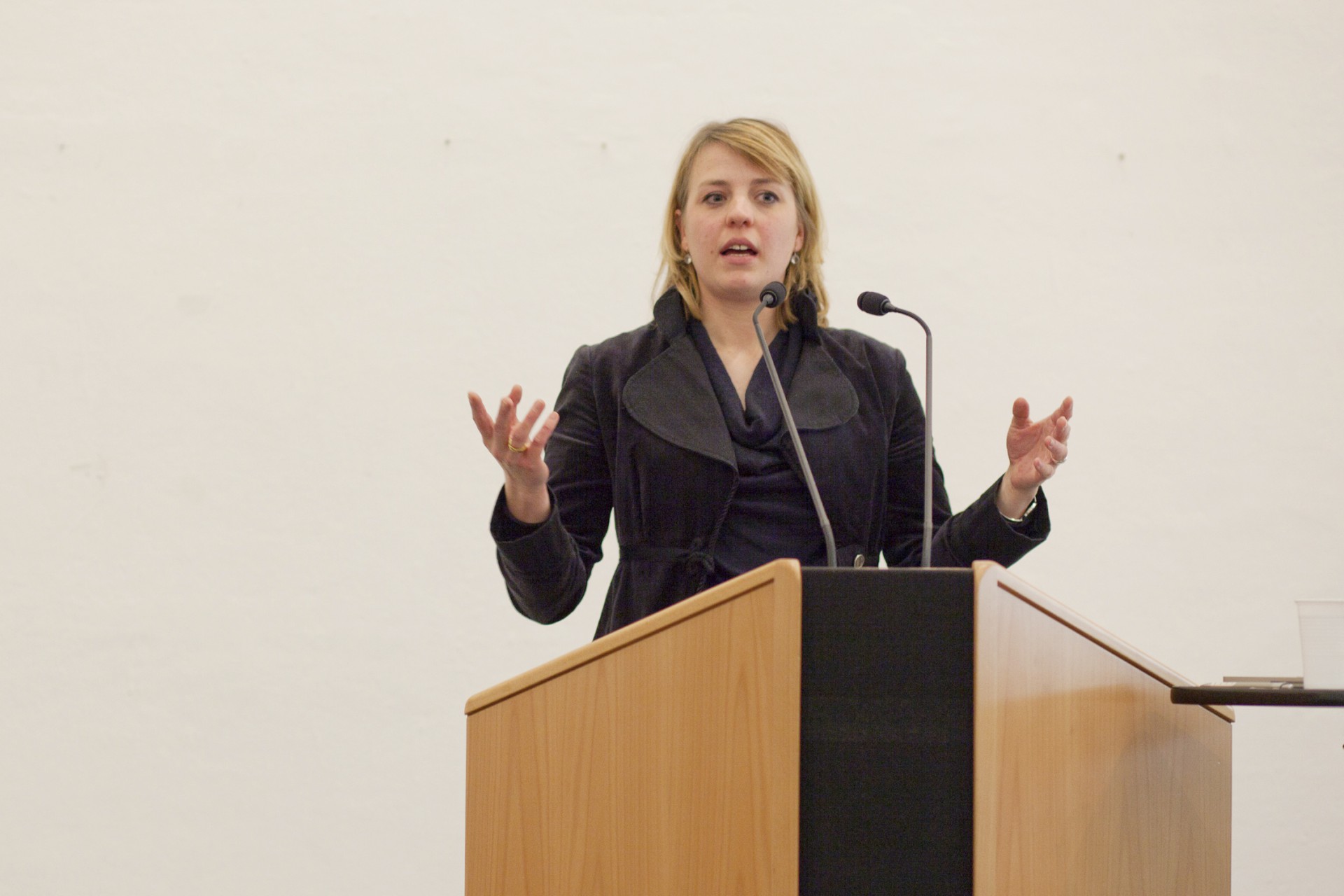 Wiebke Gronemeyer
Competing Agencies: From Host to Guest to Parasite – A Case Study of unitednationsplaza 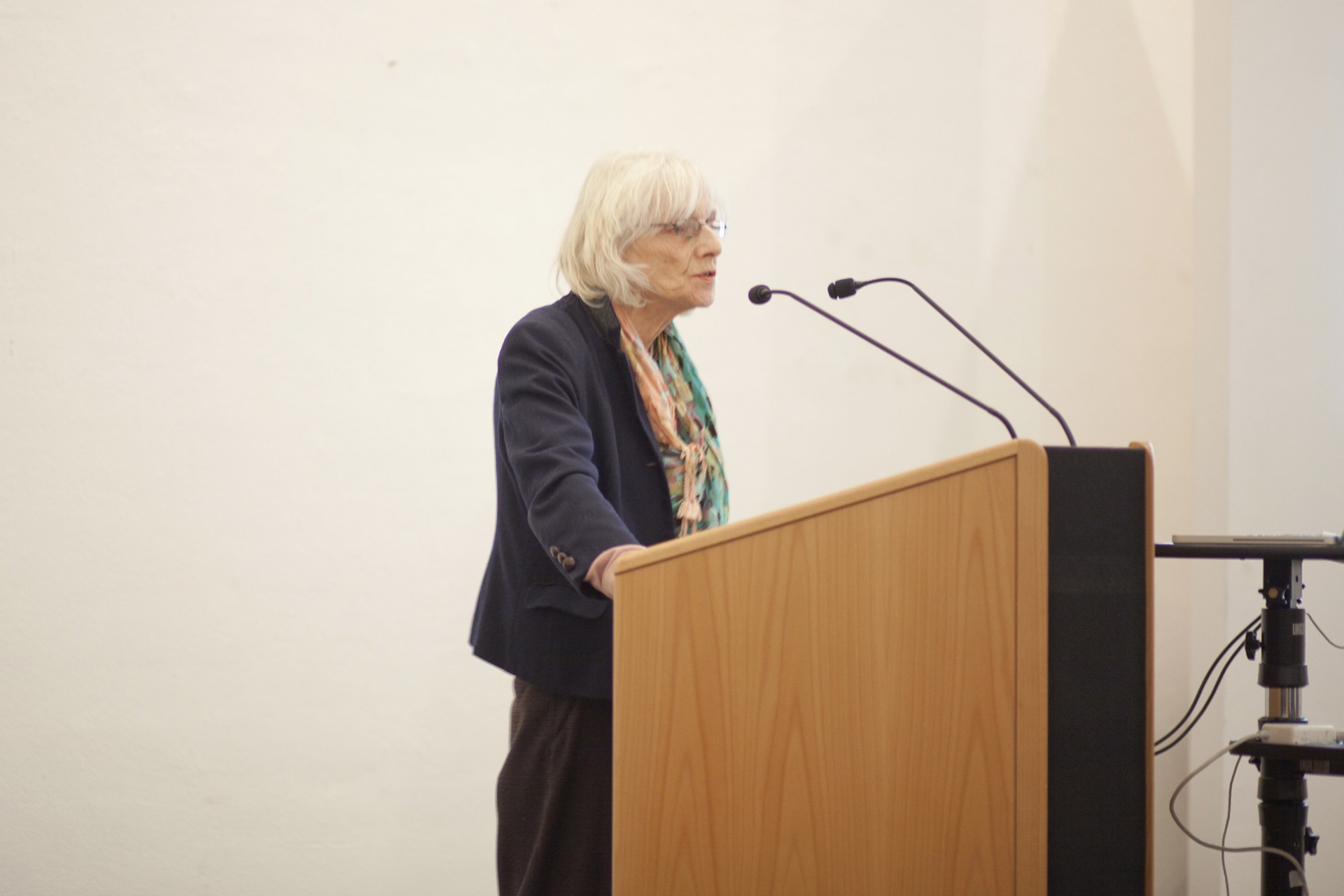 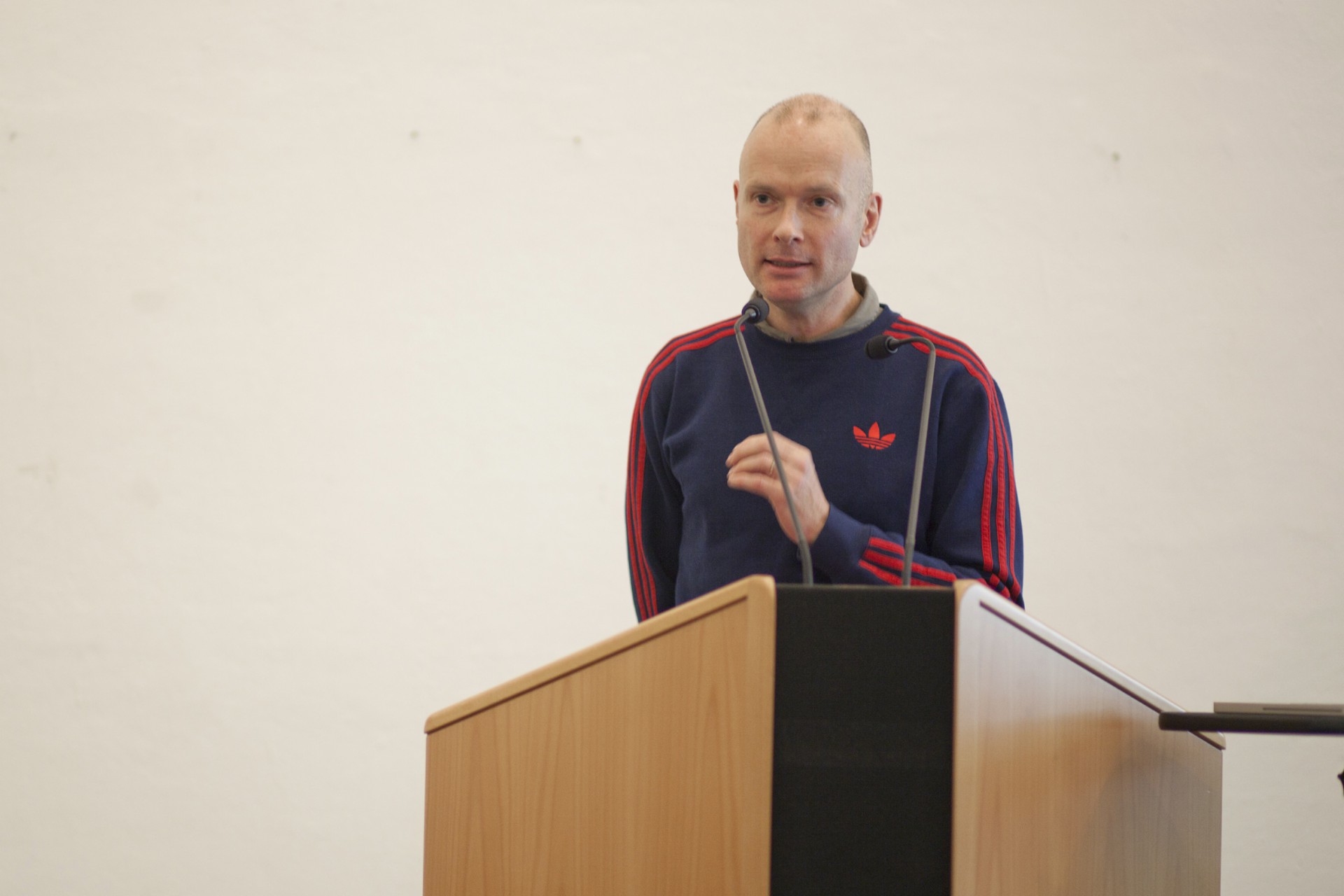 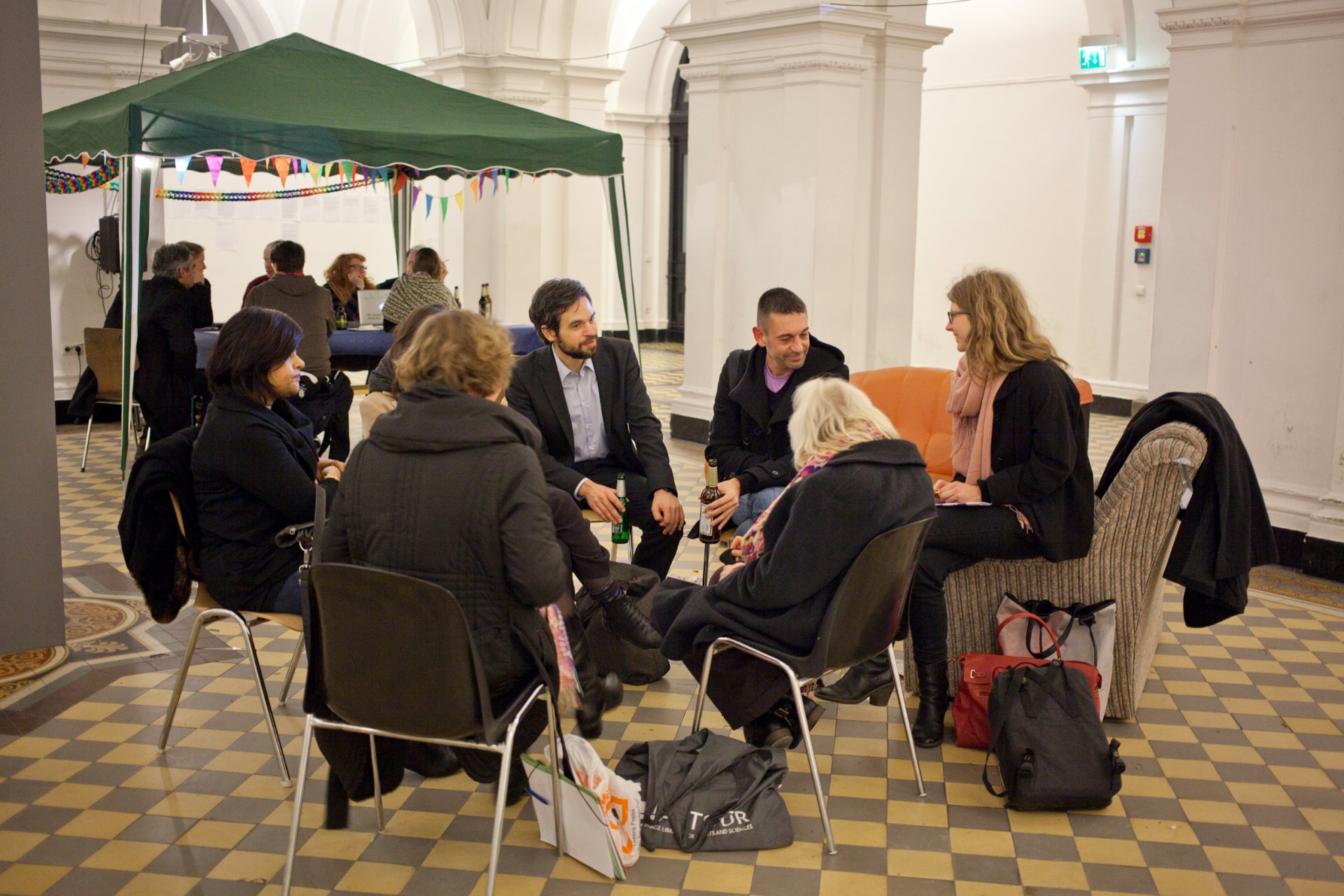 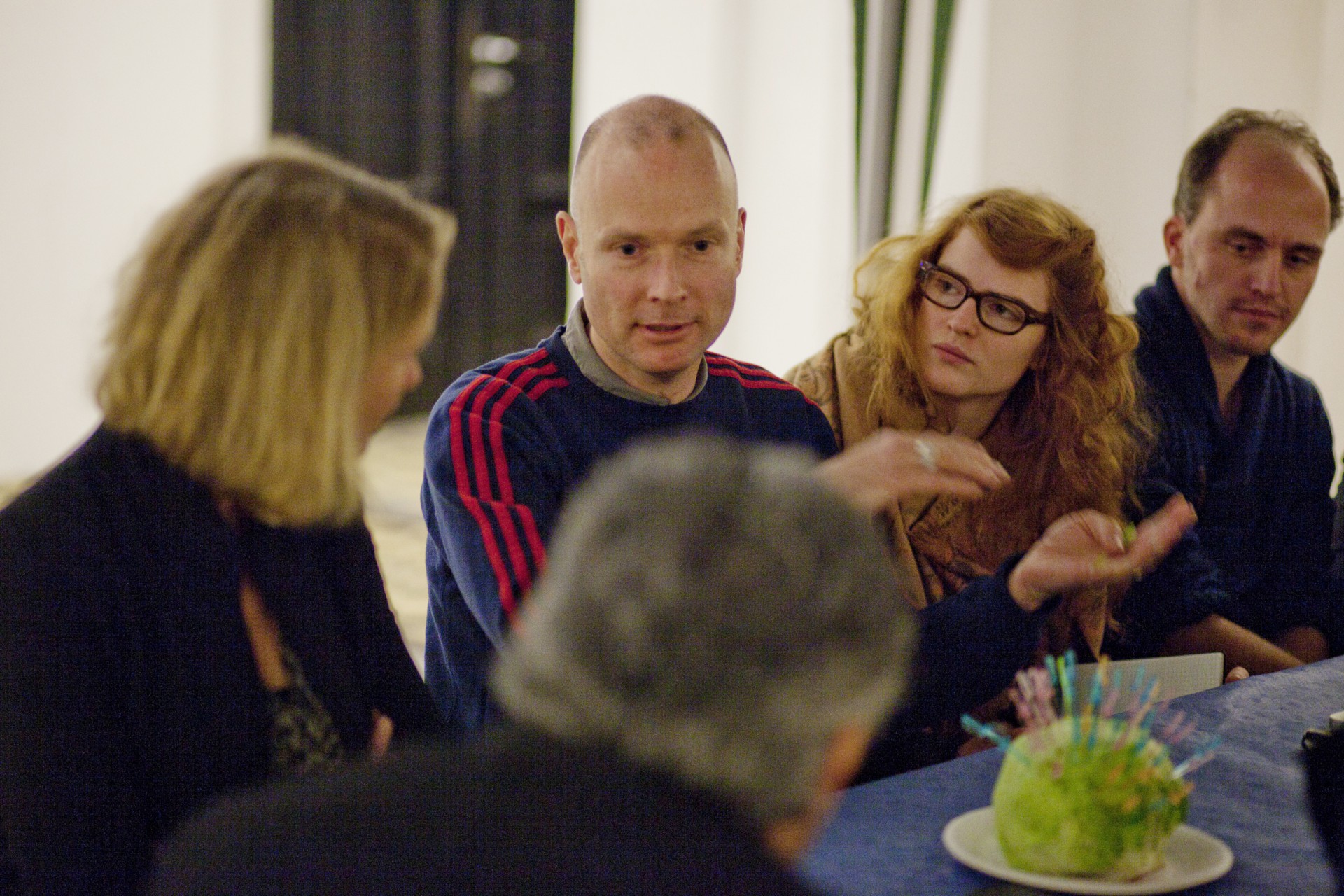 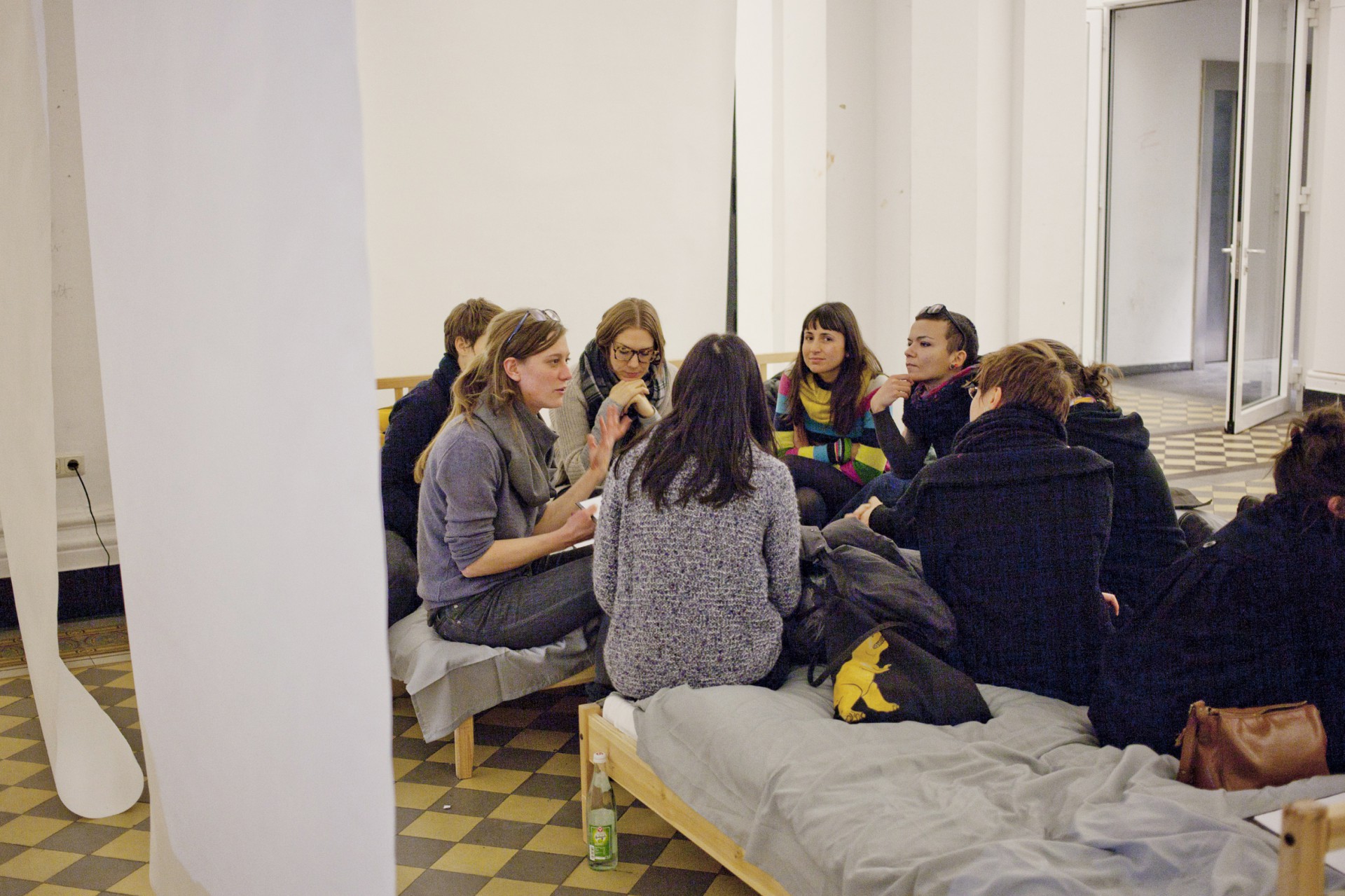 Spatial interventions of the KdK-students in collaboration with students of media art at the atrium of HGB.
Program

14.30–16.00
Alice Creischer & Andreas Siekmann: Hospitality: What Kind of Support Do Curators Require from the Institutions who Hire them?

Wiebke Gronemeyer: Competing Agencies: From Host to Guest to Parasite – A Case Study of unitednationsplaza

16.30–18.00
Jenny Walden: Hospitality Beyond the Hospitable – The Infinite Demand of Art and the (Im)Possibility of Taking Care of it

Nanne Buurman: Hosting Significant Others. Autobiographies as Exhibitions of Co-Authority

16.30–18.00
Ulf Wuggenig: Curator-Artist Interactions: Forms of Exchange under the Pressure of the Logic of the Market

Maja Ciric: The Unspoken Abuse: Curatorial Hospitality Through the Lenses of Criticality