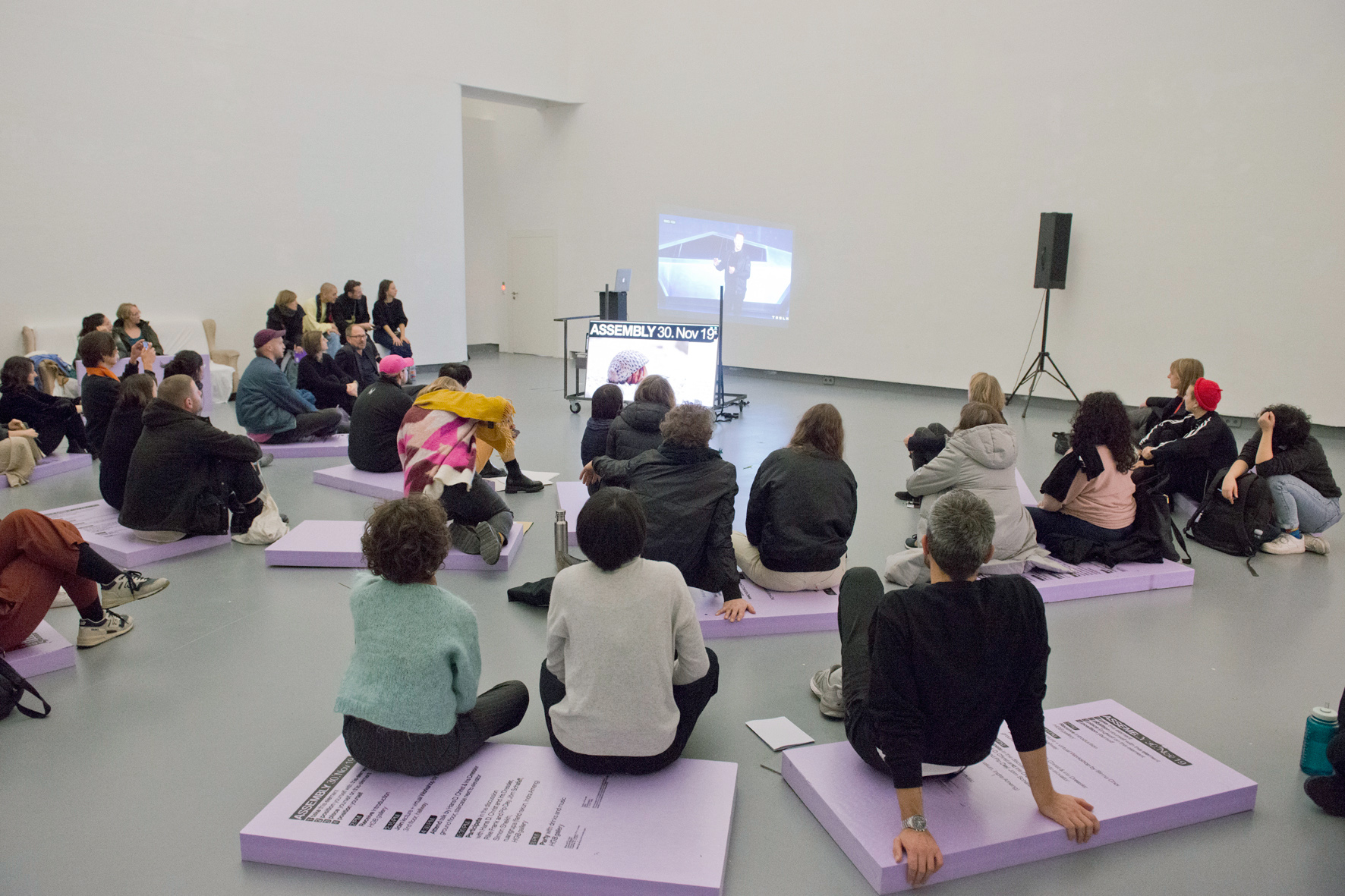 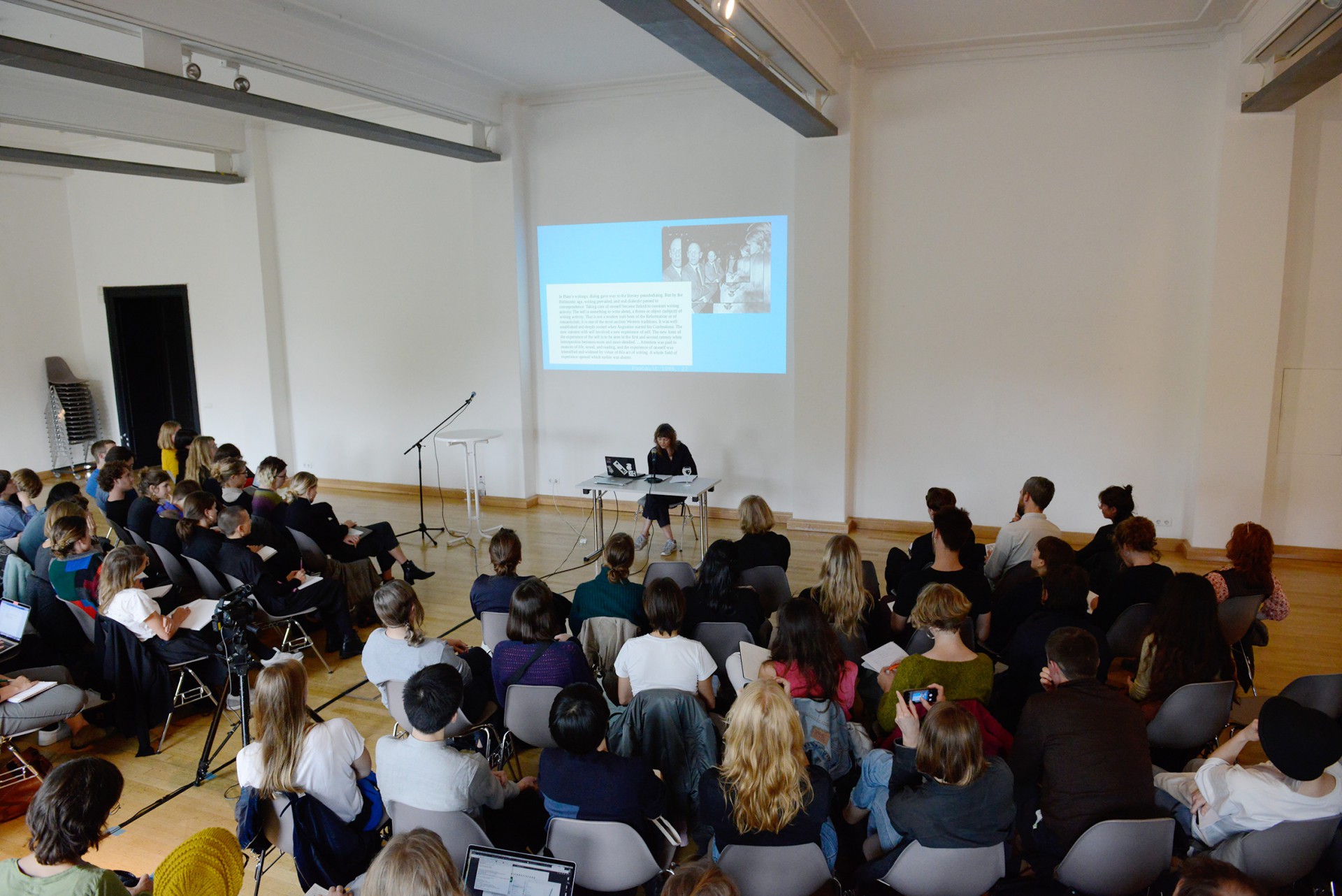 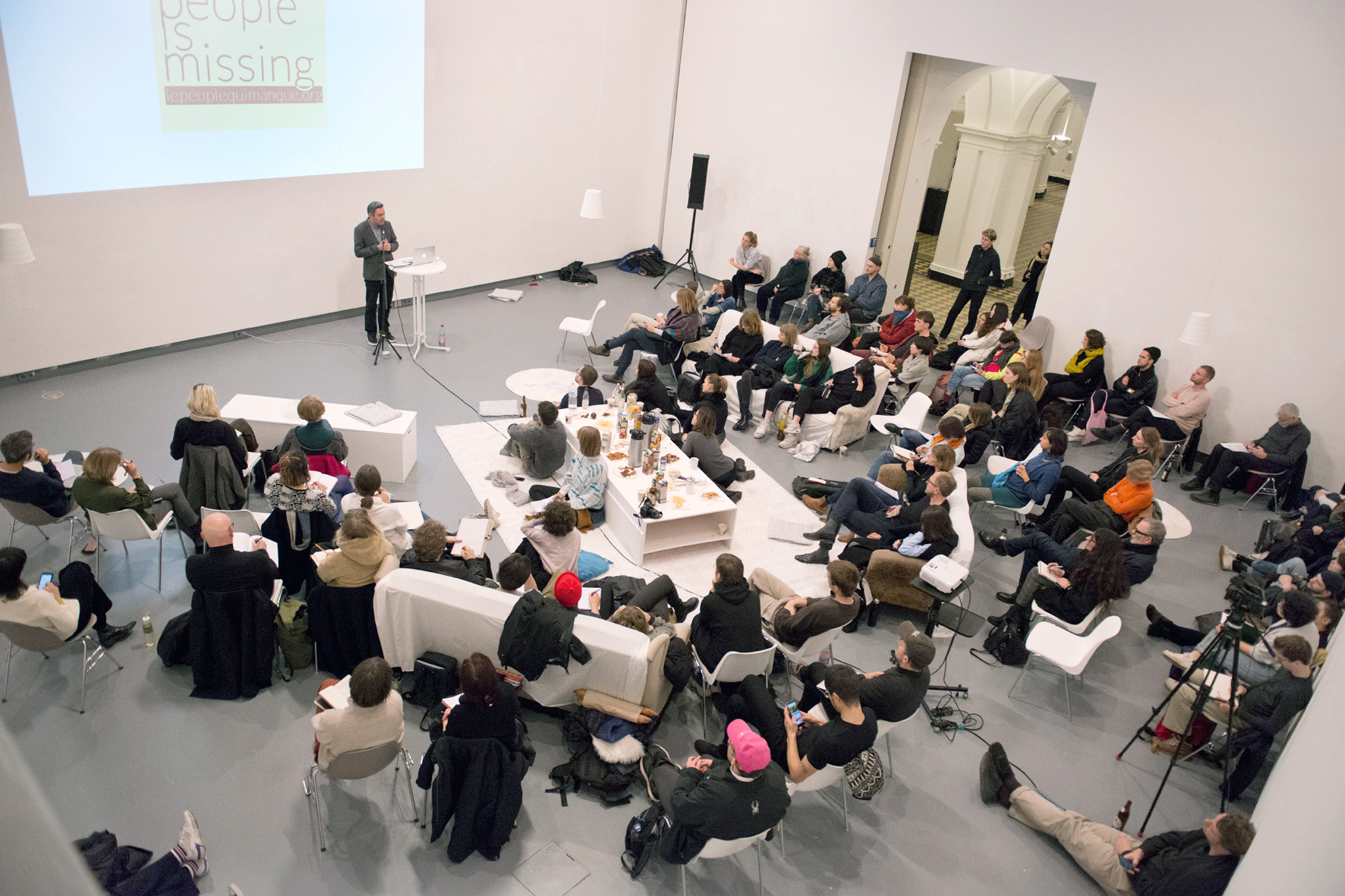 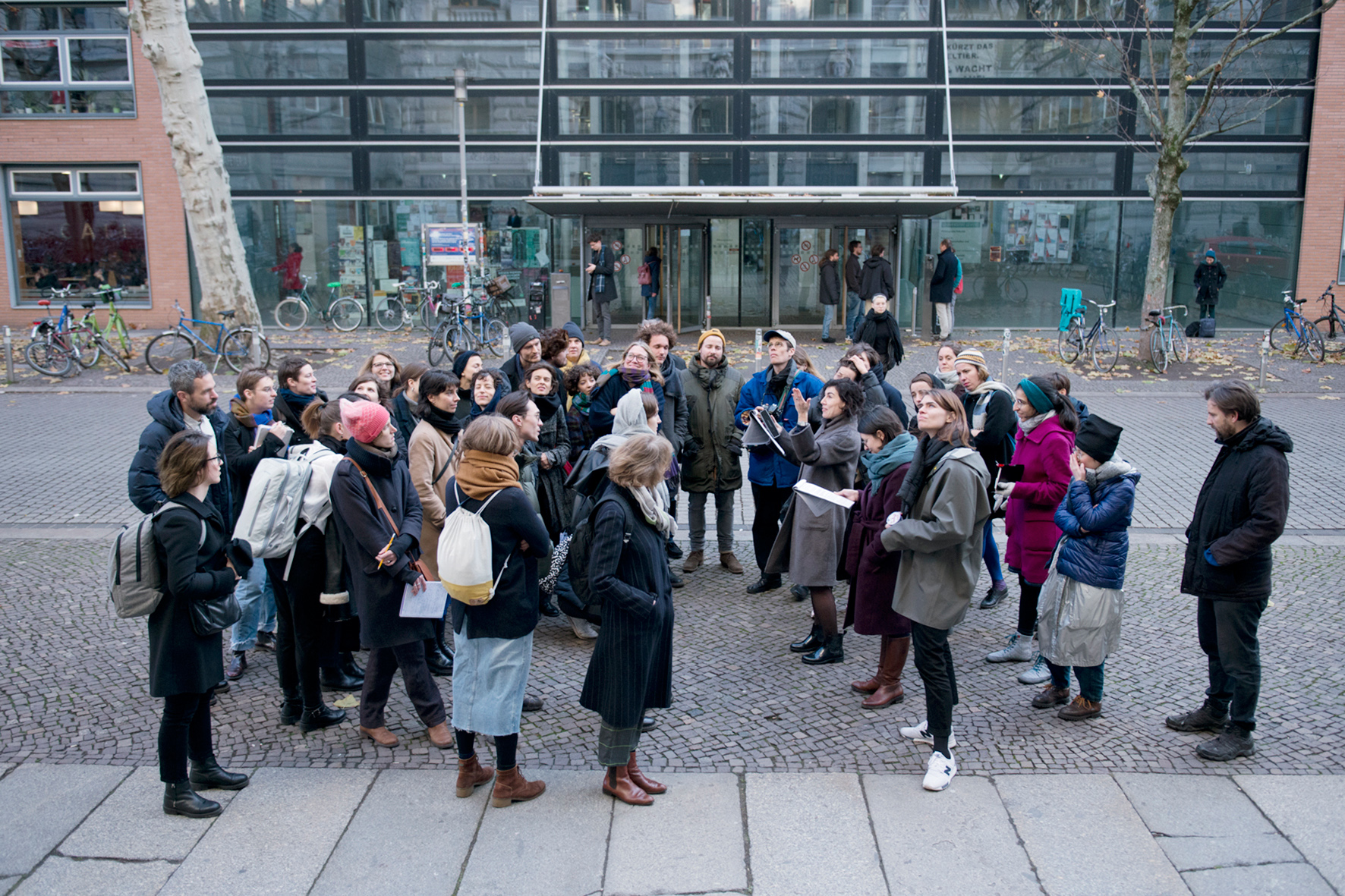 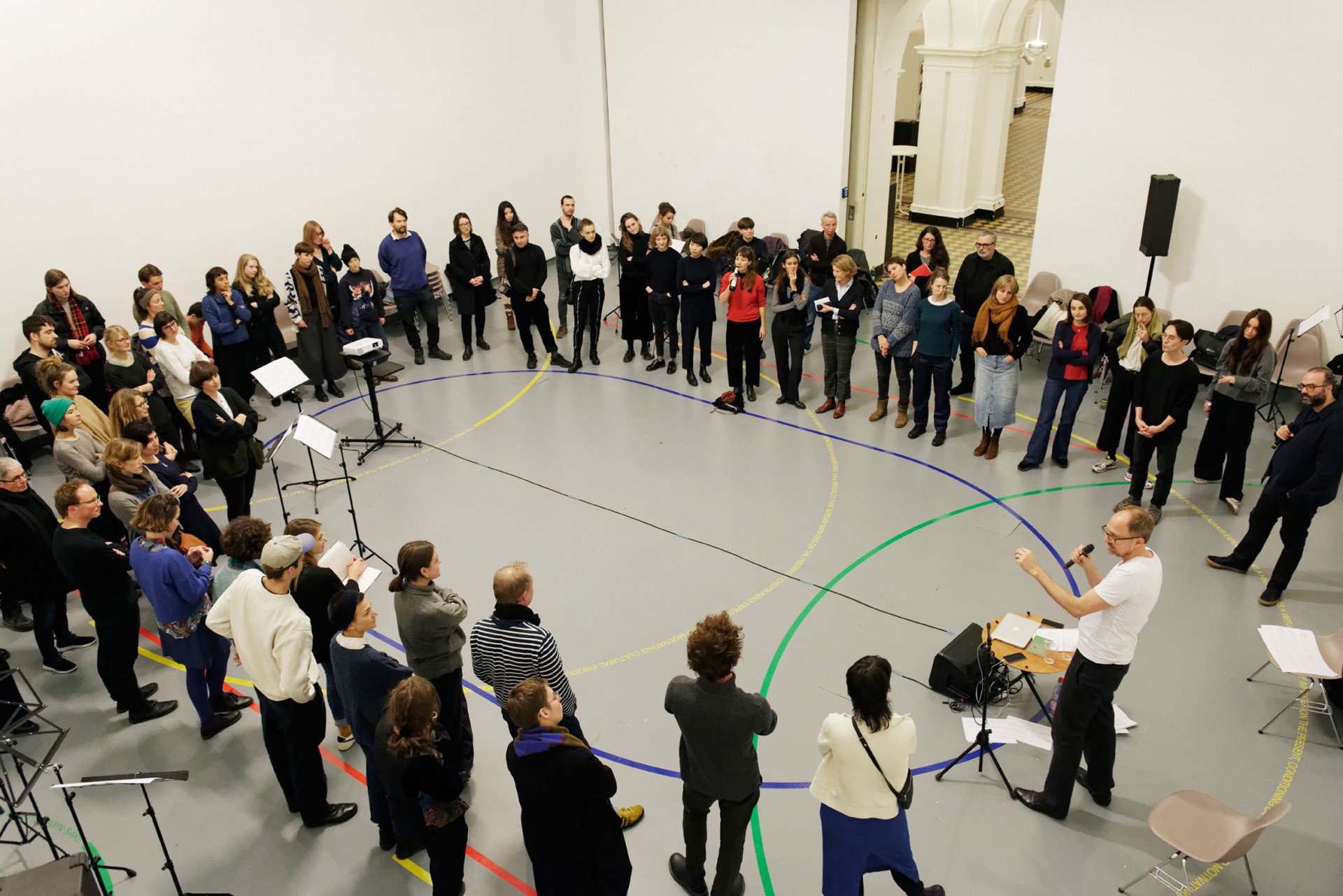 On the occasion of the tenth anniversary of the master program Cultures of the Curatorial at the Academy of Fine Arts Leipzig, the symposium and curatorial program Show and Try Again focuses on the potential of curatorial research.

Art and artifacts transform in the process of becoming public. Each presentation creates new meanings for both the exhibits and for the relations generated within an exhibition situation. As a result, what is familiar can become unfamiliar, forms of knowledge discarded, institutions redefined, roles overruled and narratives reoriented. How can showing itself be understood as a form of research, rather than merely a result of an invisible process preceding it? What can be required from operations of presenting art in the face of the increasing economization of education, knowledge, and visibility? What is the emancipatory, critical potential of showing in specific orders? How can showing and research be understood as a mutual process?

The role of the curatorial – a set of interrelated practices and positions – in the context of transformation processes on an aesthetic as well as on a social, political and economic level is undisputed in the current discourse. However, the debate on the actual practices, strategies and processes that could and should be used for this purpose is ongoing and open. It addresses those meaningful actions that are specific to the act of showing and self-reflection of art and culture. Experimental, repetitive processing and reorganizing ways of dealing with curatorial situations, which are especially interested in epistemological and socially relevant questions, take center stage within the framework of Show and Try Again. Artists, curators and scholars explore the potentials of curatorial research through various formats, ranging from performances, presentations, workshops, panels and lectures. 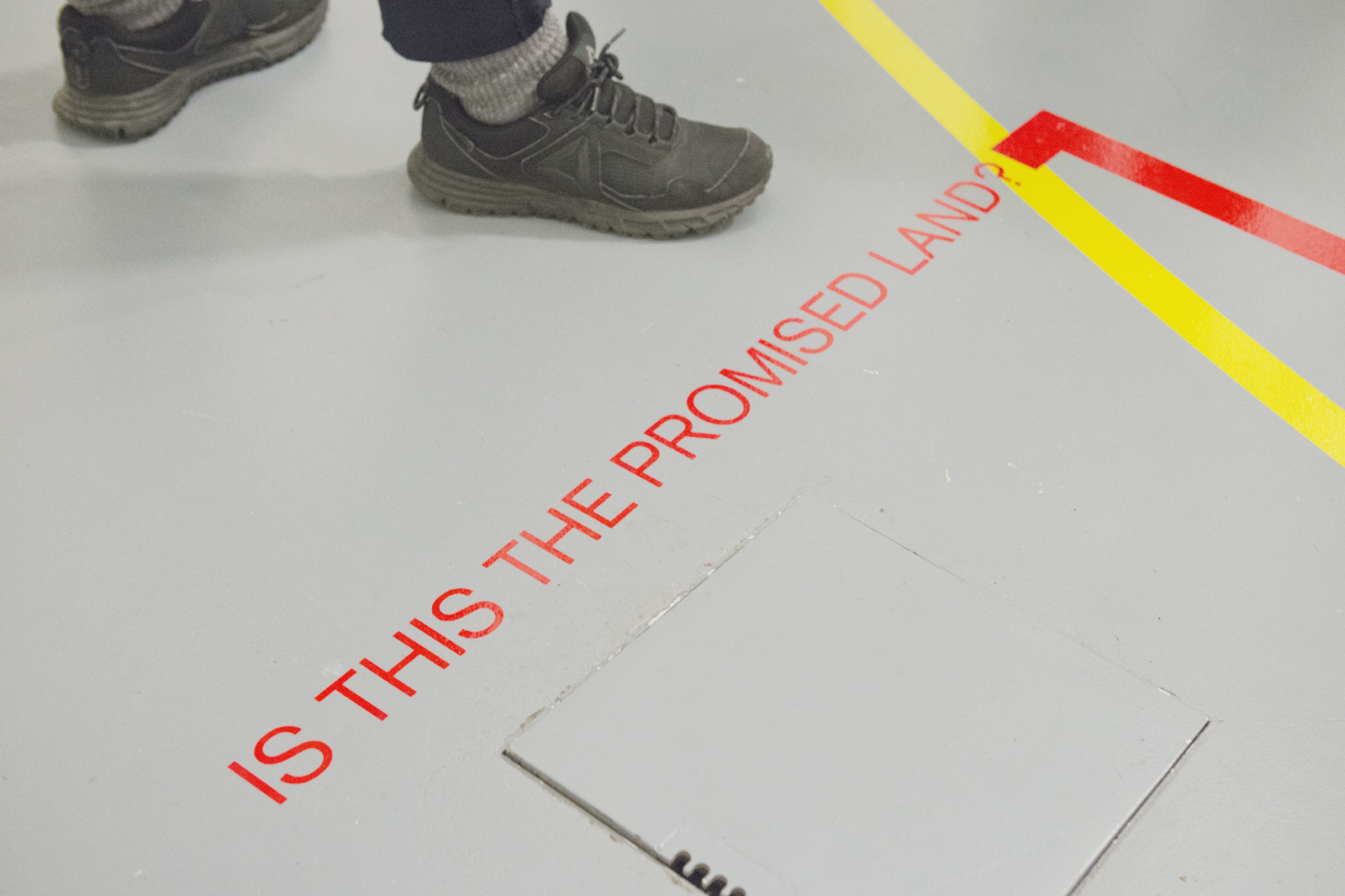 Combining theory and practice, the symposium taking place on October 18th sets a discursive framing for the anniversary program. The contributions seek to explore the dimensions of curatorial research today, discussing aspects of gender, digitality, politicality, performativity, and curatorial agency. After brief keynote speeches, individual table talks will provide the opportunity for discussion with the contributors, with a panel discussion to follow.

The curatorial program, which explores curatorial practice as a method of reflection, will take place from November 26–30, 2019, at the HGB gallery space. Within a changing, situative display developed during a workshop with spatial designer Herman Verkerk and Maureen Mooren, Head of the System Design class at the HGB, the space is opened for questions regarding realization and implementation of collaborative and transdisciplinary practices.

Building upon the seminars “Diggin’ Deeper”, “Living with Ghosts” and “Academy of Crisis” that took place during the summer term of 2019 at the Academy of Fine Arts (HGB), the spatial and graphical setting of Show and Try Again is developed by students of the Academy within a collaborative workshop in cooperation with Herman Verkerk and Maureen Mooren. The main goal of the transdisciplinary, non-public workshop is to develop a setting that offers the curatorial program of Show and Try Again not only a stage, but also a space for reflection and resonance. 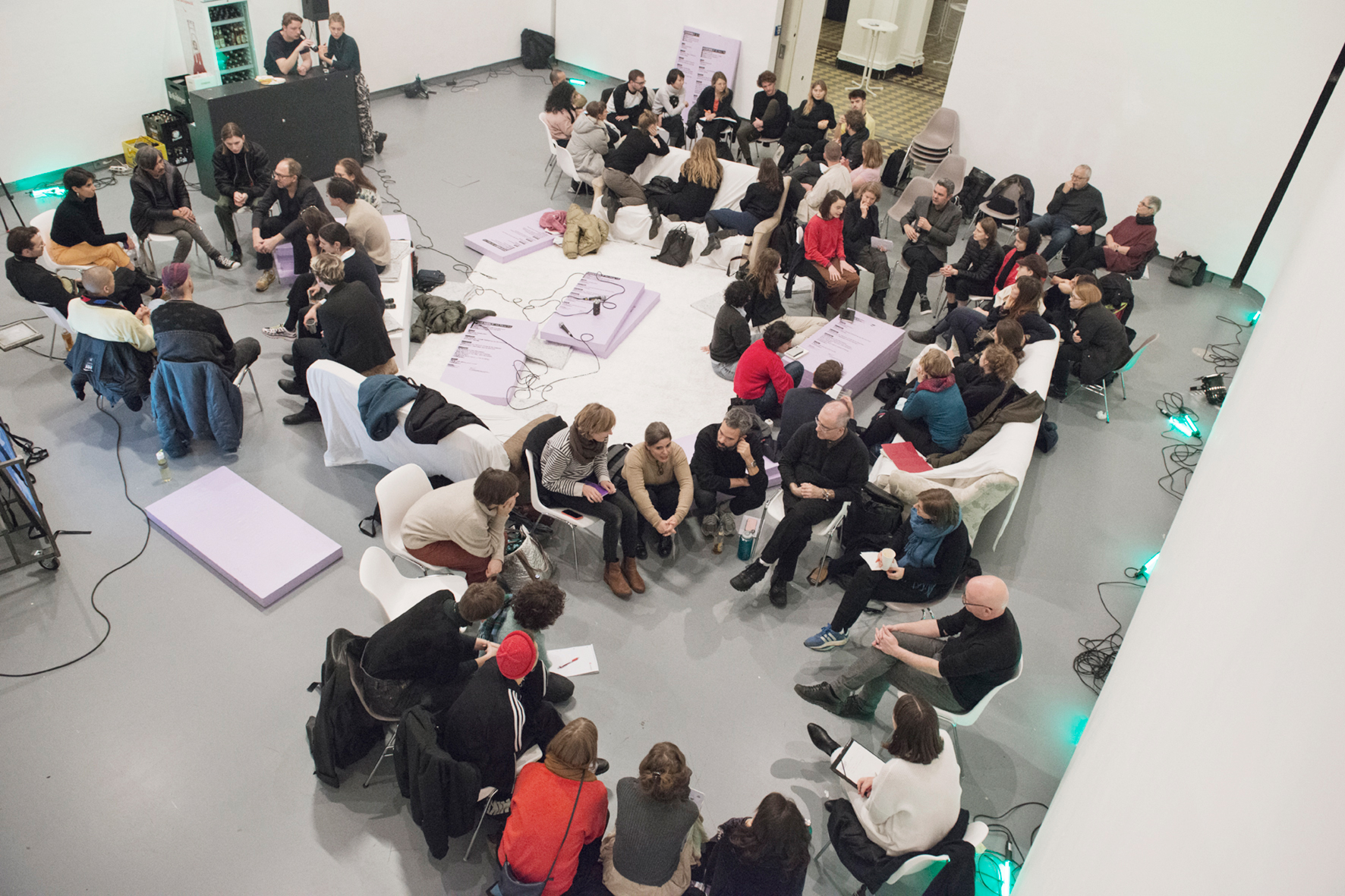 Beatrice von Bismarck
Beatrice von Bismarck is a Professor of Art History at the Academy of Fine Arts (Hochschule für Grafik und Buchkunst) Leipzig, where she also teaches Visual Culture and Cultures of the Curatorial. Previously, she worked as a Curator of the 20th Century Art Department at Städel Museum, Frankfurt and taught at the Leuphana University in Lüneburg where she was also co-founder and co-director of the Kunstraum. In Leipzig, she was co-founder of the project space /D/O/C/K and initiator of the M.A. Program Cultures of the Curatorial, which started in autumn 2009. She also co-conceived and co-directed the itinerant TRANScuratorial Academy that toured from Berlin to Mumbai and Phnom Penh (2017–2018). In 2018, she was the Philippe Jabre Visiting Professor of Art History and Curating at the American University of Beirut. For her research project on the “Curatorial,” she was awarded the Opus Magnum fellowship of the Volkswagen Stiftung, Hannover (2015–2017).
Recent Publications: Now–Tomorrow–Flux: An Anthology on the Museum of Contemporary Art (ed. with Heike Munder and Peter J. Schneemann), JRP|Ringier, Zurich, 2017; Curatorial Things (ed. with Benjamin Meyer-Krahmer), 2019 (forthcoming), and O(f)f Our Times: The Aftermath of the Ephemeral and Other Curatorial Anachronics, (ed. with Rike Frank), Berlin 2019 (forthcoming).

Julia Kurz
In addition to her work as a research associate and lecturer for the Cultures of the Curatorial program at the Academy of Fine Arts Leipzig, Julia Kurz is also a freelance curator and art mediator experimenting between emancipatory (un)learning and undisciplined practices. Julia has developed numerous exhibitions, public programs, workshops and publications, primarily in collectives or in close cooperation with accomplices from various contexts. She is closely connected with the Museum of Contemporary Art Leipzig, for which she was curator, project manager and art mediator from 2006–2016 - in the framework of the projects “Politics of the small Act – A Call for Action at the Intersection of Artistic and Civic Practices” (2012), “Scenarios about Europe: Learning for Life?” (2012/2013), “Responsive Subjects – The Design of Collective Actions/Designing Collective Actions” (2013/2014), “Travesty for Advanced Performers” (2015) and collaborations with Celine Condorelli, James Langdon, Alexandra Pirici, Slavs and Tatars, Kateřina Šedá, Ulf Aminde and Anna Witt, among others. From 2008–2013, Julia was part of the collective and project space dieschönestadt in Halle (Saale) where she also taught from 2014–2016 “Exhibiting and Mediating” at the University of Art and Design Halle. Julia Kurz studied Drama and Arabic at the Universities of Damascus and Leipzig and Cultures of the Curatorial at the Academy of Fine Arts Leipzig.

Benjamin Meyer-Krahmer
Dr. Benjamin Meyer-Krahmer has worked at the Academy of Fine Arts Leipzig and taught in the Cultures of the Curatorial program since 2011. From 2015–2017, he assumed the professorship for Visual Culture and Art History on behalf of Prof. Dr. Beatrice von Bismarck. Since 2017, Meyer-Krahmer is a Professor of Cultures of the Curatorial. He studied General and Comparative Literature Studies and History in Tübingen, New York and Berlin. After the completion of his doctorate on the artist Dieter Roth, he worked in the field of Exhibition Conception and Design. He realized the publication and exhibition project “Intolerance” (2010/11) together with the artist Willem de Rooij for the Neue Nationalgalerie, Berlin. He initiated the exhibition project “Grassi Invites #1: Fremd” (2016) in the Grassi Museum of Ethnology with Nanette Snoep, Director of the Ethnographic Collections of the State of Saxony, which reflected the construction of foreignness within the ethnological museum. The exhibition project roused national media attention. His work and research focuses on the epistemology and methodology of artistic and curatorial practice as well as questions of presentation and representation. Meyer-Krahmer's publications include a monograph on the artist Dieter Roth, questions of artistic and curatorial practice, as well as numerous essays and articles in the field of art criticism, among others.

Agnieszka Roguski
Agnieszka Roguski is a writer and curator living in Berlin. In her PhD project at Freie University Berlin, she focuses on visual performances of the Self among shifting technologies. Her venture into exhibition space came by way of the theater stage (Volksbuehne am Rosa-Luxemburg-Platz). She has curated or assisted at Kunstverein Leipzig, Torrance Shipman Gallery New York, WATTIS Institute San Francisco, and PRAXES Center of Contemporary Art Berlin. Under the transdisciplinary collective A.R. practice, she works with graphic designer Ann Richter on curatorial projects, which currently includes the book Subjective Sceneries, in collaboration with ONOMATOPEE press. Focusing on strategies of display, they develop fluid, media-reflective formats. Agnieszka Roguski participated in the Cultures of the Curatorial graduate program at the Academy of Fine Arts Leipzig, the TRANScuratorial Academy in Phnom Penh (2018), the Mountain School of Art in Los Angeles (2017) and the International Curator Course of the 11th Gwangju Biennale in Gwangju, South Korea in (2016), among others. Her writing has been published in Texte zur Kunst, Spike Art Magazine, Camera Austria, Eikon, and Springerin. For Show and Try Again, she works as a lecturer at the Academy of Fine Arts Leipzig, Department of Cultures of the Curatorial. 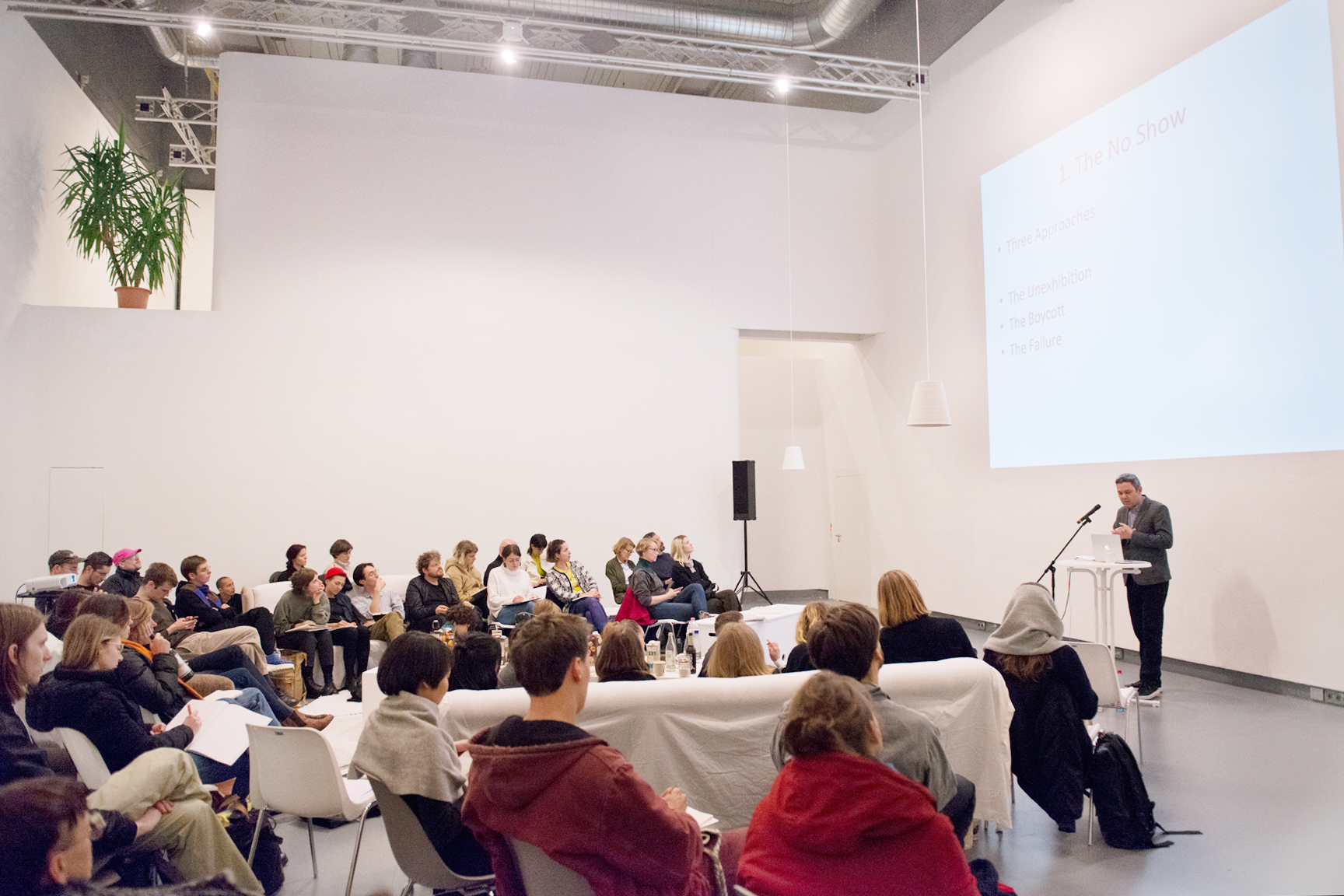 Support for Show and Try Again is generously provided by the Dresden State Art Collections and the Friends of the Leipzig Academy of Fine Arts.

This project is partially financed by public funds allocated by the members of the Saxon State Parliament.