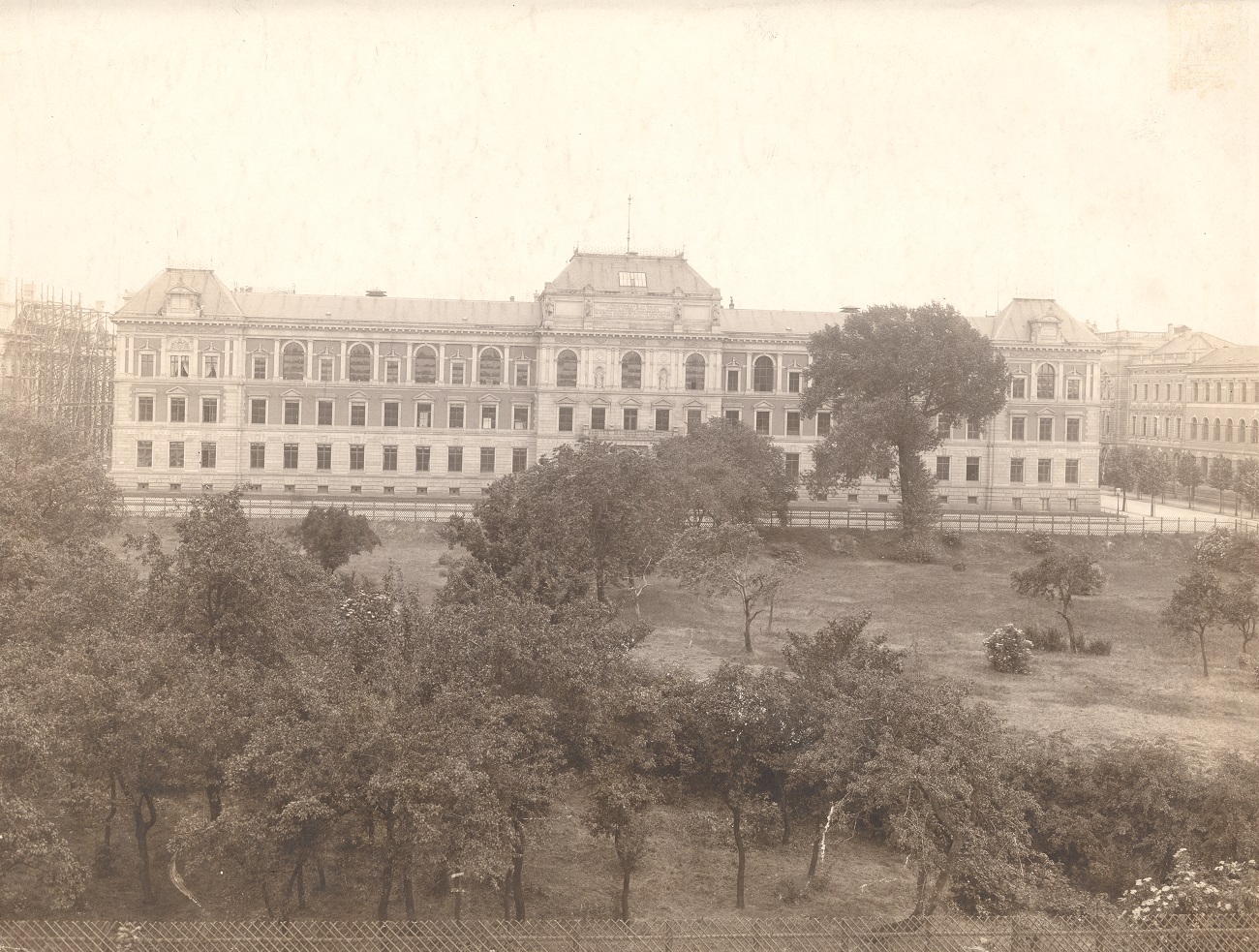 1764 On 6 February 1764 the three Saxon art academies in Dresden, Leipzig and Meißen are. Adam Friedrich Oeser is made director of the ?Zeichnungs-,Mahlerey- und Architecturakademie? (Academy of Drawing, Painting and Architecture) in Leipzig. Oeser begins drawing lessons with 23 students in the rooms of his private apartment in the Peterstraße. Later, rooms are made available to him in the prince-electors offices in the Klostergasse at the corner of the Thomaskirchhof.

1765 / 1766 The Academy is relocated to the west wing of the Pleißenburg, where it remains until 1890. The Drawing Academy is open to students of Leipzig University. Johann Wolfgang Goethe is among those to take advantage of this opportunity.

1814 Hanns Veit Schnorr von Carolsfeld is made director and heads the Academy until 1841. He introduces a regular teaching schedule and the registration of new and leaving students. After the Battle of Nations, around 60 students resume studies. Schnorr von Carolsfeld adopts drawing from nature as a learning method. Anatomy is offered as a supplementary course. In 1830 there is another significant infringement on the Academys activities as the rooms are used by the military, whose presence was due to political unrest in Leipzig.

1847 Gustav Jäger is made director and heads the Academy until 1871. He sets the focus of the programme on history painting. As was already the case under Neher, the connections to the trade and the publishing industry in Leipzig are no longer of importance. From 1855 on, the only lecturer apart from the director is Gustav Adolph Henning.

1878 The city of Leipzig appeals to the state Parliament for the dissolution of the Academy.

1872 Ludwig Nieper is made director and heads the Academy until 1901. In the previous year he had been the only active teacher, charged by the ministry with the Academy?s reorganisation in an attempt to counteract the impending closure with a new, contemporary teaching approach. With reference to the original brief of the Academy under Oeser, new connections to commerce and industry (chiefly the book industry) in Leipzig are cultivated.

1875 The reform efforts result in a completely new teaching programme, which appears for the first time in print. In 1877, as a consequence of the new programme, the wood-engraving course is introduced as a reproduction technique and new workshops for copperplate printing, lithography and woodcut are installed.

1889 The core collection of the current Academy library is established with a donation of 235 volumes by Leipzig printing and publishing houses.

1933 After the German fascists take power, Hugo Steiner-Prag and Willi Geiger are dismissed.

1940 The Institute for Colour Photography is founded, headed by Hanns Geissler, who had been installed in 1939. The Institute is intended to function as a mediator between production and application and to train the „correct seeing of colour“.

1943 During the bombardment of Leipzig in December approximately two thirds of the building is destroyed. The classes continue to be held.

1945 In August Walter Tiemann is appointed commissioning director. He attempts to revive the pre-war tradition of the Academy. 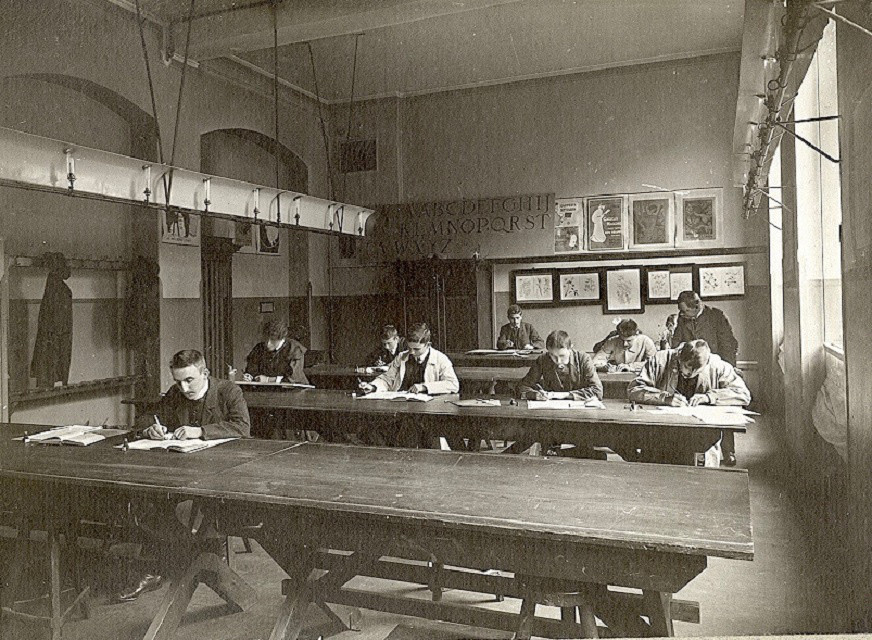 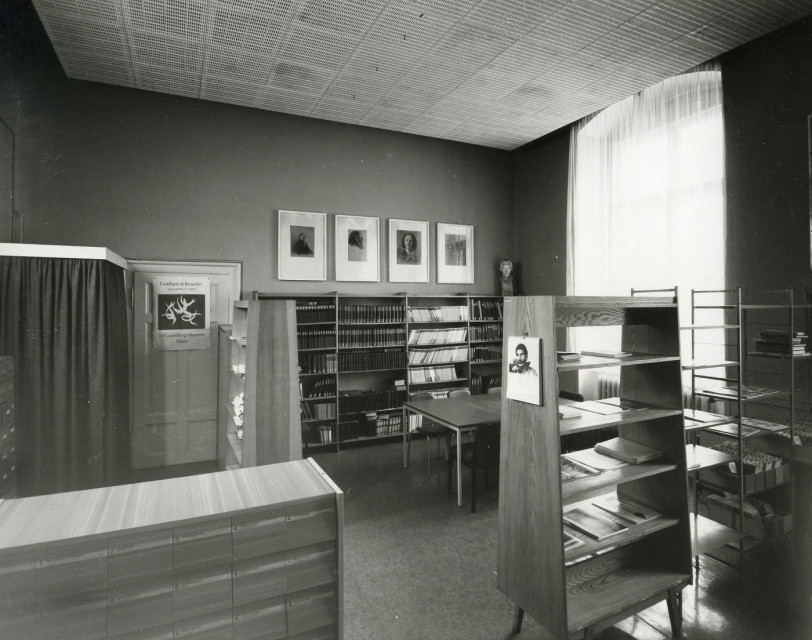 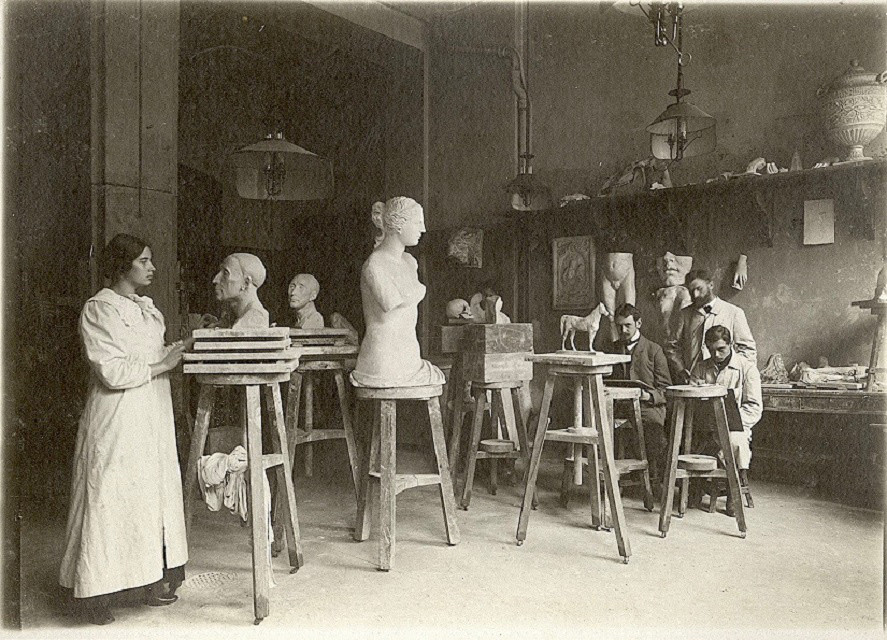 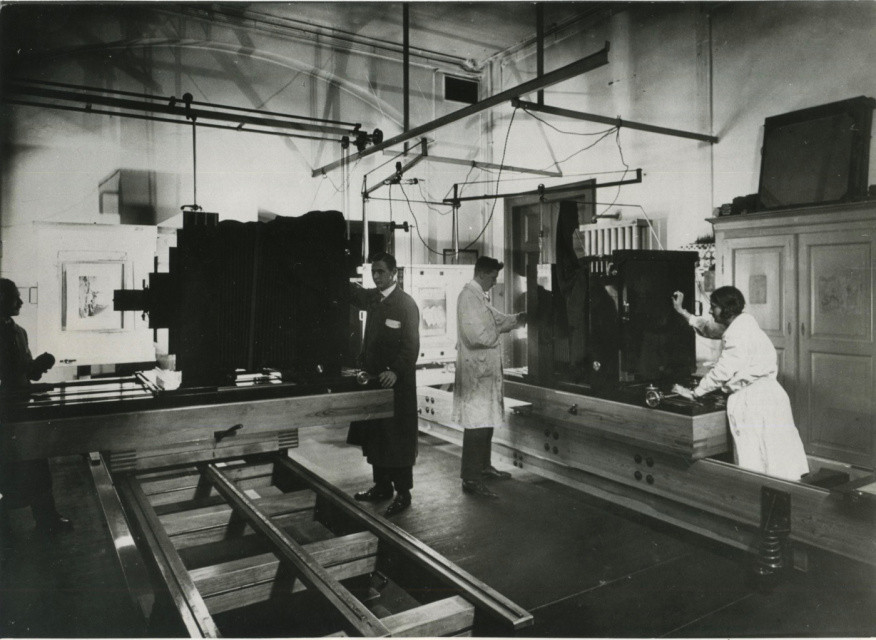 1947 The school is reopened as the „Akademie für Graphik und Buchkunst - staatliche Hochschule“. The master course is divided into classes for illustration, typeface and book design, typesetting, book printing and binding. The lithography, woodcut and etching studios are retained and are used increasingly for free graphic work.

1951 Following the escalation of the formalism debate, Walter Arnold, Max Schwimmer and Eberhard Strüning leave the Academy. The accusation of being uncontemporary is also levelled at the Book Design department where Oskar Zech and Egon Pruggmayer had promoted the aesthetic criteria of the pre-war period. The relations that had been cultivated over decades with the publishing industry are gravely harmed as a result of the debate.

1953 The Leipzig Academy attracts attention at the 3rd German Art Exhibition in Dresden with didactic, propagandistic images, informed formally by late 19th Century realism. The ensuing conflict within the Academy leads to changes to the teaching staff in the mid-fifties, with Bernhard Heisig, Werner Tübke, Hans Mayer-Foreyt and others being engaged.

1955 Founding of the Institute for Book Design under the supervision of Albert Kapr who has taught at the Academy since 1951.

1957 The Evening Academy is reopened, headed by Walter Münze and from 1964 by Gerd Thielemann. As of the Seventies, the Evening Academy concentrates on supporting emerging students as the „Department for Preparatory Studies“.

1961 Bernhard Heisig is made director and heads the school until 1964.

1964 Gerhard Kurt Müller is made director of the Academy and heads the school until 1966.

1972 An exhibition of book and type graphics of the HGB is held in the Biblioteca Palatina in Parma as the first official exhibition by an art academy from the German Democratic Republic in Italy.

1973 Werner Tübke is made director and heads the Academy until 1976.

1976 Bernhard Heisig is made director and heads the Academy until 1987. Approximately 160 students are enrolled at the Academy. The courses in Painting / Printmaking, Photography and Book Design each have their own foundation programmes, providing the basic preparatory training for the specialist classes. The generation of painting graduates from the end of the Sixties attains prominence through its exactitude of drawing, its broader notion of tradition and its inclination towards allegory and literary references. Consequently, the painting department receives increasing recognition and becomes a determining factor for the outward image of the Academy. At the same time, a strong tendency towards social engagement emerges in the Photography course, bluntly showing social reality with focus on the individual combined with a grand pictorial aesthetic.

1987 Arno Rink heads the Academy until 1994. In this period he is confronted with the task of transforming the Academy into an educational institution capable of holding its own against the competition within the German Federal Republic.

1979 The HGB gallery is officially opened, headed by Christina Rink. In the following years, exhibitions of major figures of international art of the 20th Century offer visitors the first opportunity of encountering original works of classical modernism. Among the most notable presentations are works of Pablo Picasso (1980), Herbert Sandberg (1981), August Sanders (1981), Il Lissitzky (1983), Man Ray (1986), Henri Cartier Bresson (1987) and Joseph Beuys (1988) and the exhibition "American Pop-Art" (1984).

1990 A process of restructuring begins that includes the Evaluation of the teaching programme and staff. An independent Media Art department develops out of the first beginnings of a media workshop, and begins enrolling students in 1993. The theory programme, which had had a strong political orientation until 1990, is expanded according to the Academy's specific needs and includes Art History, Philosophy, Media Theory, History of Photography and History of Book Design.

1994 Albrecht von Bodecker heads the Academy until 1997. His term coincides with the extensive rebuilding work, the bulk of which is completed by 2001.

1997 Ruedi Baur heads the Academy until 2000, cultivating contact with foreign academies. Baur pushes ahead with the rebuilding of the gallery as well as with an architecture competition for an audio-visual laboratory, which, it is hoped, will enrich the workshop structure of the Academy.

1999 The trial period of a collective Foundation course for all departments begins, with an interdisciplinary programme in the first year. The course enables all students to familiarise themselves with the various workshops. There is an increase in the number of interdisciplinary projects.

2000 Dr Klaus Werner takes over the directorship of the Academy until 2003. The newly built gallery is reopened under Beatrice von Bismarck in combination with the establishment of a D/O/C/K-Project Department for co-operative curatorial activity with students.

2003 Joachim Brohm takes over the directorship. The audio-visual laboratory, headed by Christin Lahr, is opened.

2004 Fred Smejirs assumes office as Professor for type in the field of digital media.

2007 The Academy starts running their new branch at the Trufanowstraße 6 (Leipzig - Gohlis).

2009 The first master degree course "Cultures of the Curatorial" is founded. Prof. Thomas Weski is appointed to an endowed professorship and is leader of this new postgraduate study program.

2014 The Academy of Visual Arts celebrates its 250th anniversary. A wide-ranging program of exhibitions and events through the year provides the festivities framework.

2017 Thomas Locher becomes the new president of the Academy.